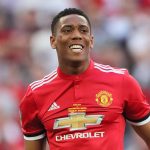 Sevilla set to rival Chelsea and have reportedly began to consider a January approach for Man Utd out-of-favour winger Anthony Martial. France International winger has been linked with an exit from Old Trafford with the likes of Bayern Munich and Chelsea...read more » 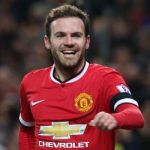 Arsenal have reportedly identified Man United creative midfielder  Juan Mata as a potential signing before the end of the January transfer window. Spanish playmaker has spent the last seven-and-a-half years in of football with Arsenal’s direct Premier League rivals Man Utd and Chelsea, however, the Spaniard...read more »

Arsene Wenger is back and has launched his own inquest into what went wrong in Arsenal’s 3-1 defeat to Manchester United in the FA Cup. In the latest hilarious video by 442oons, Wenger sets up his own version of AFTV and...read more » 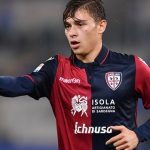 Cagliari Calcio star Nicolo Barella would find it ‘impossible to say no’ to Manchester United if the club make an offer for him. The 21-year-old has been strongly linked with the likes of Chelsea and Inter Milan in recent weeks. However, according...read more »

Massimiliano Allegri has ruled out move for £290,000 a-week star 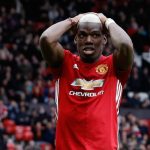 Juventus head coach Massimiliano Allegri has ruled out Paul Pogba returning to the Serie A side and called the idea of a transfer move a “fantasy”. Paul Pogba joined Turin giants from Manchester United back in 2012 and went on to...read more » 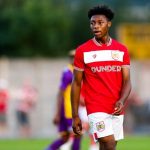 Bristol City centre-forward Antoine Semenyo is the subject of interest from European heavyweights Manchester United, after his impressive performances on loan at Newport County. The 19-year-old star is currently on a season-long loan at Welsh side and he has racked up 22...read more » 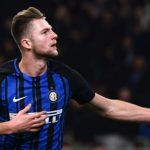 Serie A giants Inter Milan are reportedly eager to tie down Milan Skriniar at San Siro by offering a new contract following strong interest from Man Utd. The Slovakia international centre-back has been heavily rumoured with a switch to Old Trafford...read more » 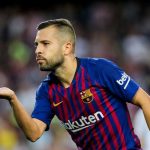 Barcelona key star Jordi Alba has issued a cryptic response to rumours that he could leave the club, amid transfer interest from Manchester United. The defender spoke to the media after the Blaugrana’s 1-1 draw with Atletico Madrid last month and...read more » 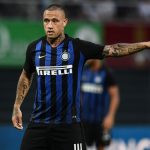 Manchester United should reinforce their midfield options before the end of January transfer window. According to reports in Italy, Serie A giants Inter Milan are ready to sell Radja Nainggolan and the likes of Man United, Tottenham and Chelsea could move to...read more » 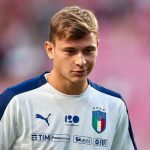 Manchester United may be lining up a late January bid for Serie A club Cagliari playmaker Nicolo Barella, who has also been rumoured with a switch to Chelsea. According to Gazzetta Dello Sport via Goal, the Red Devils are prepared to table a...read more »